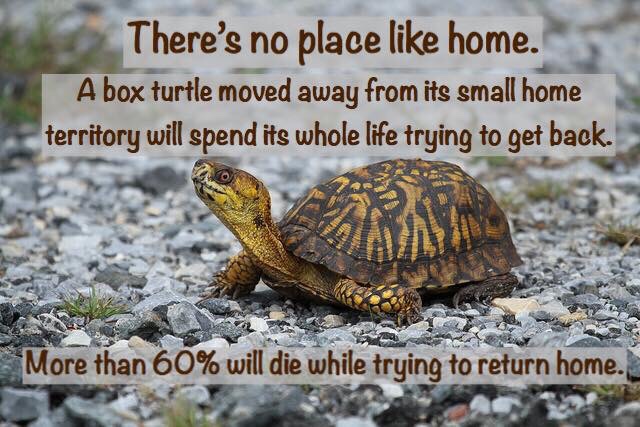 People will often try to help an Eastern box turtle by taking it to an area with less traffic or more vegetation. This is one of the worst things you can do for a turtle. Box turtles have small territories no more than a few acres wide. When taken out of those territories, they use an internal GPS system, guided by starlight, to return home. The majority of them don’t make it: a study by Davidson College found that most of them die shortly after being moved, as they encounter traffic and starvation on their long walk home.