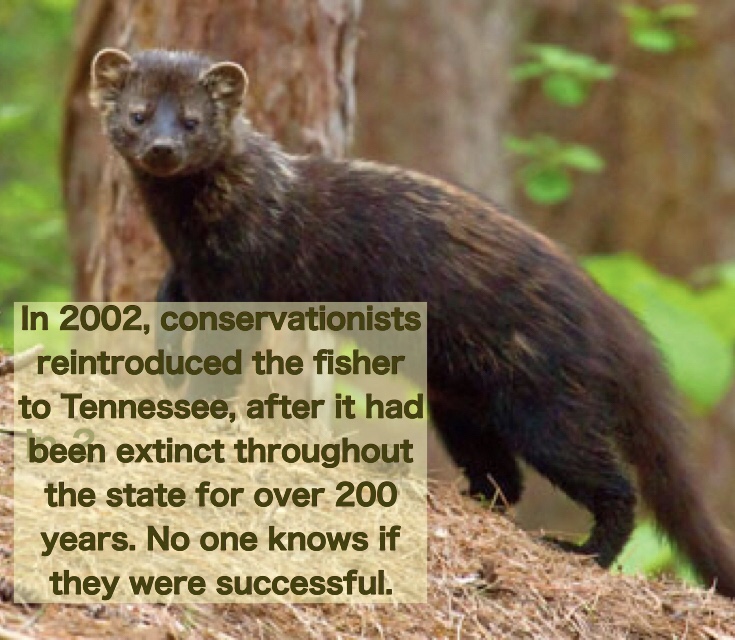 This handsome member of the weasel family, called a fisher or fisher-cat, was driven to statewide extinction by over-trapping. I’m 2002, conservationists selected a remote, forested area in middle Tennessee to re-introduce this animal to its native habitat. No one knows how successful they have been. Tennessee’s fishers lived on a diet rich in snowshoe hare and American porcupine, both of which are now completely gone from the state, so they may have succumbed to starvation… or they may have adapted and thrived. If the reintroduced fishers and their descendants survived, they are probably in mature forests in Cumberland County. Have you spotted a fisher in Tennessee?