What kind of wild puppy did I find? 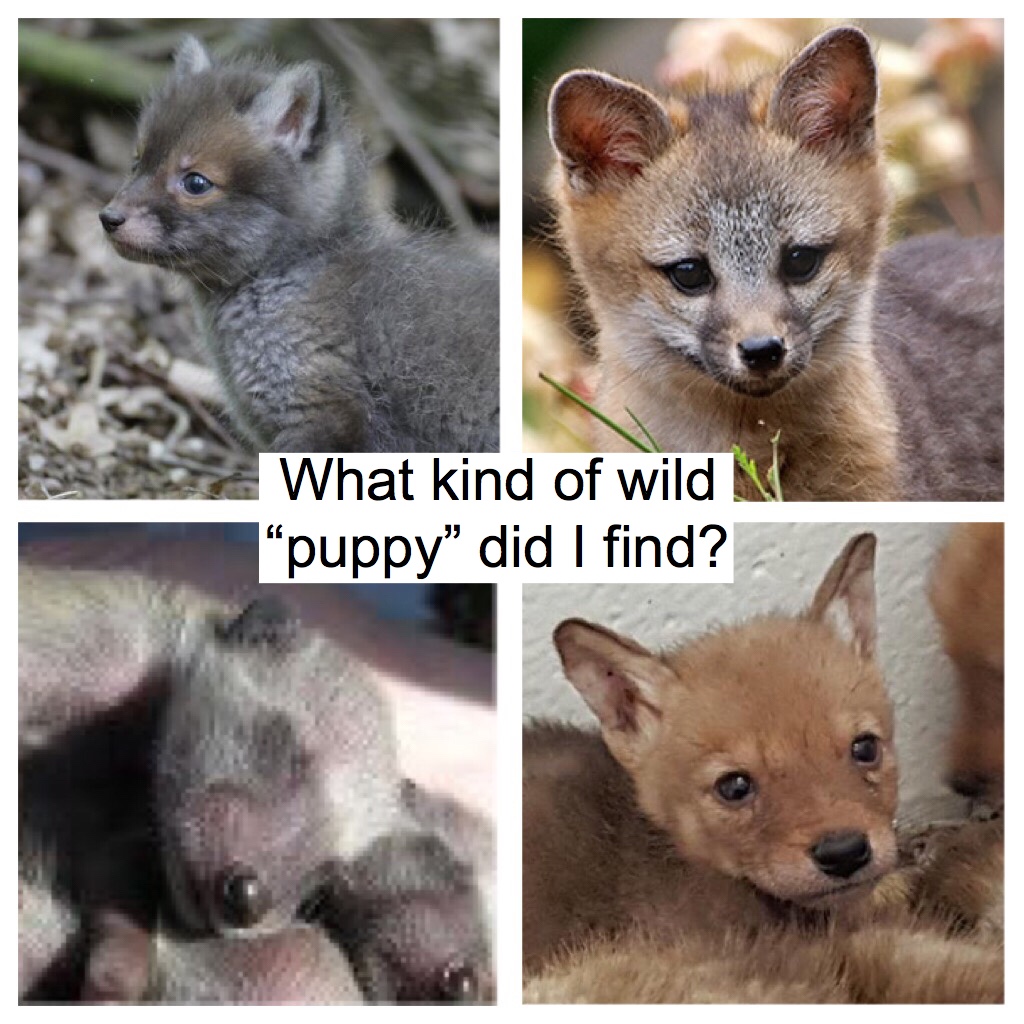 If you’re lucky, you may spot a wild “puppy” of some kind in the wild one day. I’m the first few weeks of life, wild coyote pups, fox kits, and raccoon kits can look very similar and sometimes lack the very distinct traits that make adults fairly easy to tell apart. All four of these species start life as one uniformly grey to brown color.

If you’ve found some “puppies” who are unattended, the most important thing to do is leave them alone unless they’re clearly hurt, in distress, or starving. But if you need to identify them— for example, to try to “match” them to a mother animal who is confirmed dead— here are some ways you can tell what kind of wild puppy you have.

Red foxes are distinguishable from other wild kits and pups because they always have a white-tipped tail. Their distinct white-tipped tails are identifiable from birth and occur in all color morphs of red fox. Red foxes also have fine kitten-like claws and narrow snouts.

Grey fox kits look very similar to red for kits in their first month of life, having a similarly uniform color. They also have very fine claws and narrow snouts. The tip of a grey fox kit’s tail, however, is always black rather than white.

Raccoon kits who are less than a week old don’t look much like raccoons. They can look very similar to newborn pups and newborn foxes. Some people have even mistaken them for squirrels! The clearest way to identify a baby raccoon is by its hands. While fox and coyote pups have dog-like paws, a raccoon has hands that look almost human.

Coyote pups look the most like the puppies of domestic dogs. They’re considerably larger than fox kits and have a broader snout and a broader nose. Coyote pups’ feet are also larger and their claws are also thicker.

If the mystery pup you’ve found needs help, please contact a rehabilitator promptly. These animals all need expert care to have the best chance of being successfully released in the wild.

← What’s most likely to have rabies in East TN?
Will armadillos give me leprosy? →
%d bloggers like this: