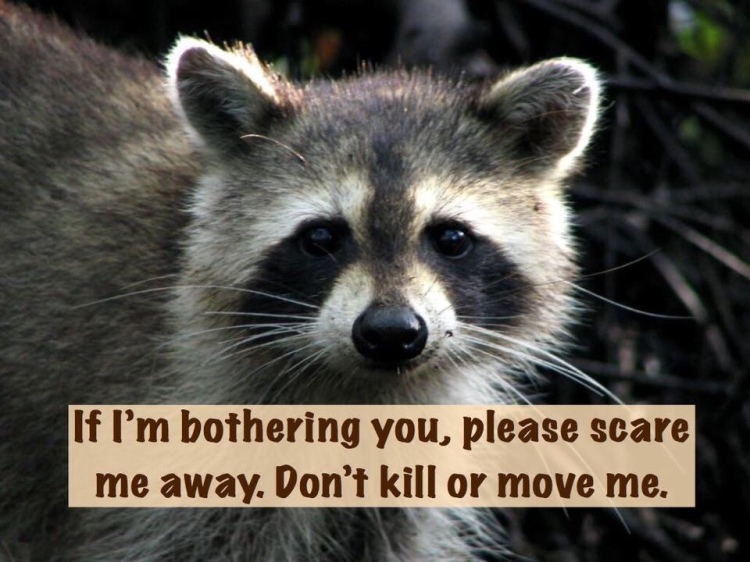 In nearly all cases, a raccoon that has gotten too familiar with a human home— hanging out on the deck or moving into the attic, for example— will leave after after the home owners use humane harassment techniques to scare them away.

You can try loud music, bright or flashing lights, stomping or clapping, strong odors such as ammonia or peppermint oil, or bitter-tasting repellents like Bittrex. You should also bring all pet food inside and install a lock on your trash can. It may take the raccoon a few days, particularly if it is a mother with babies, but it will almost definitely leave.

Relocating a raccoon is bad news. Relocated raccoons find themselves in unfamiliar territories already occupied by others— often bigger, more aggressive rivals. A nursing mom unknowingly moved without her babies will leave behind a litter of starving kits. Relocation of raccoons can also spread diseases like distemper and rabies, which is why moving them is illegal in Tennessee. And it doesn’t work, either: as long as your home looks hospitable to raccoons, another will simply move in to take the place of its relocated cousin.

Please don’t harm animals unnecessarily. Give them a chance to leave on their own.