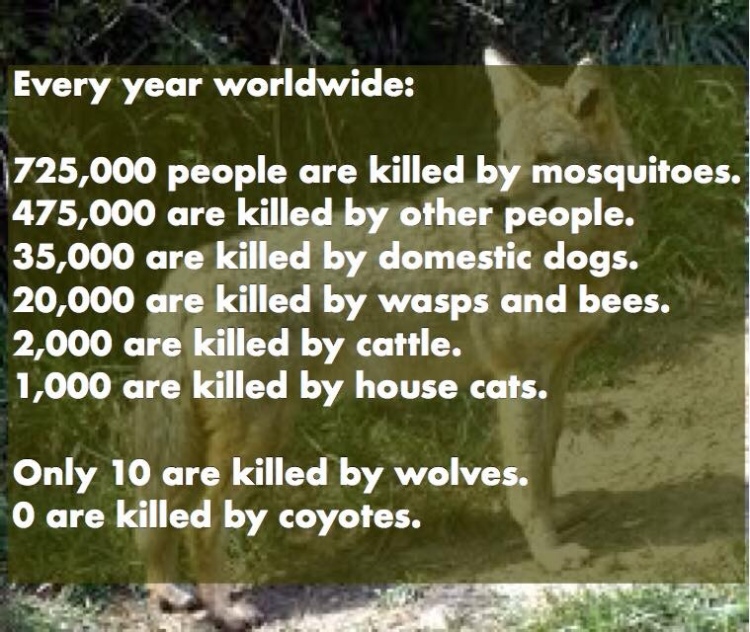 People live in fear of the Big Bad Wolf, and his smaller cousin the coyote, even though attacks on humans are rare and deaths are nearly unheard of. Most of the ten annual deaths from wolves are due to pet wolves turning on their owners, not wild wolves seeking prey. And, in all of U.S. history, there have been only two cases of coyotes fatally attacking human beings.

Any human death is a tragedy, and the rare cases of wolves and coyotes preying on humans are devastating. However, it’s important to remember that these are bizarre, freak occurrences. They do not justify the mass extermination of predators that are vital to our ecosystem.