The Sensitivity of Raccoons 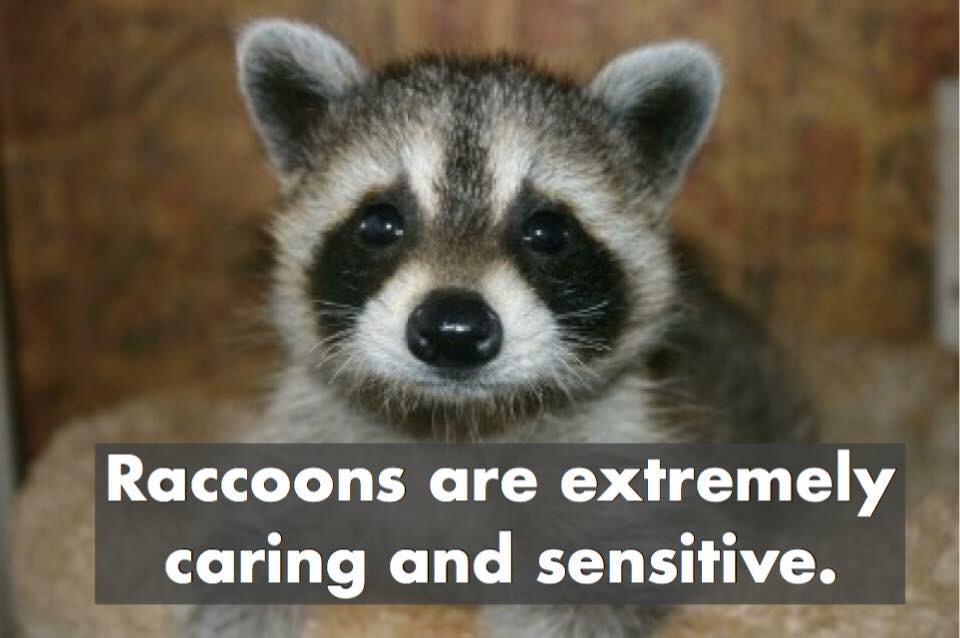 It’s easy for people to forget that wild animals, like raccoons, have feelings and families just like our pets. I would like to share with you, an example of the sensitivity I’ve seen from wild raccoons.

Last April, I unfortunately witnessed the death of a raccoon kit who had been attacked by a dog. I knew almost instantly that he was not going to survive. I stepped back to text my mentor and my vet, and when I did, his sister ran down to his side. She vocalized— unmistakably crying— and started pulling on his ears and legs with her hands. She tried to drag him away but wasn’t strong enough.

She then amazed me by picking pieces of grass and clover and physically trying to put them in his mouth. I don’t know whether this was an attempt to feed him, or an instinct to try to get him to vomit in case he was poisoned. When he wasn’t able to swallow the grass, she cried louder. I watched her grow more and more frantic as her brother drew his last breaths. She started wailing and then ran away. It was the most clear and heartbreaking displays of animal empathy that I’ve ever witnessed.

This isn’t unique to this one pair of kits. Every raccoon rehabber has seen a similar case. Studies of raccoon intelligence shows that they are at least as intelligent as rhesus macaques, and also that an extraordinary amount of their brain processing power focuses on feeling, both emotionally and physically.

It’s easier to ignore cruelty against wild animals when people can convince themselves that they are “just” animals, but raccoons in particular are undoubtably caring, sensitive, empathetic creatures. They don’t deserve cruelty, even when they’re inconveniencing someone by digging in their trash or mistaking an attic for a den.