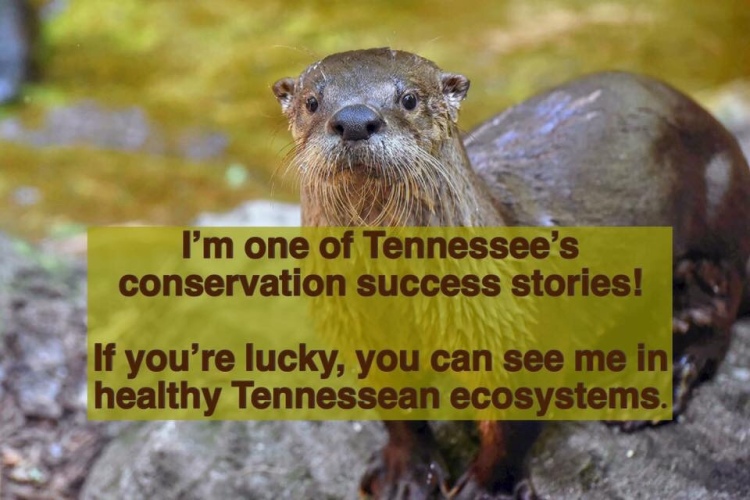 Most of my fellow Chattanoogans are familiar with these cuties, who are a popular attraction at the Tennessee Aquarium! The North American river otter is considered an indicator species, meaning that its presence (or absence) in an ecosystem is a major indicator of the health of the environment. As sensitive animals at the top of the food chain, they are often the first to succumb to habitat loss, pollution, and introduced diseases.

Because of this, it’s no wonder that otters were once nearly extirpated throughout the state. Over-trapping— particularly when combined with diseases from cats and dogs and the destruction and pollution of Tennessee waterways— caused Tennessee’s river otters to nearly vanish.

Fortunately, the Tennessee state government began working in the 1980s to re-stock otters through most of their former range, and to keep their habitats protected. Today, you can see otters once again through much of the state, particularly within protected habitats in East Tennessee’s mountains.