Hit an Animal? See if it survived. 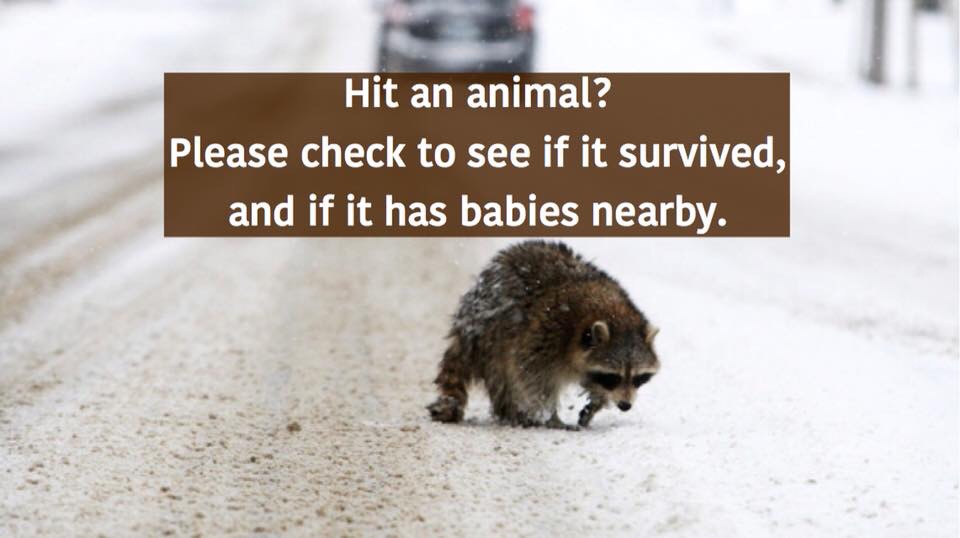 This summer, I took several calls from people who had seen an animal lift its head or weakly stand up, after several of lying beside the road after being hit by traffic. In all of these cases, the animal had to be euthanized, although it likely could have been saved if it had help sooner.

If you hit an animal while driving, please don’t immediately assume that the animal is dead. It can’t hurt to pull over and check to see if it is still alive. If it is— or if you see baby animals nearby— please call a wildlife rehabilitator. We can’t always save animals hit by cars, but even in the worst case scenarios, we can at least help give them a peaceful end.

← Foxes: Not a Danger to Kids or Pets
Raccoon Torpor: It’s not rabies! →
%d bloggers like this: