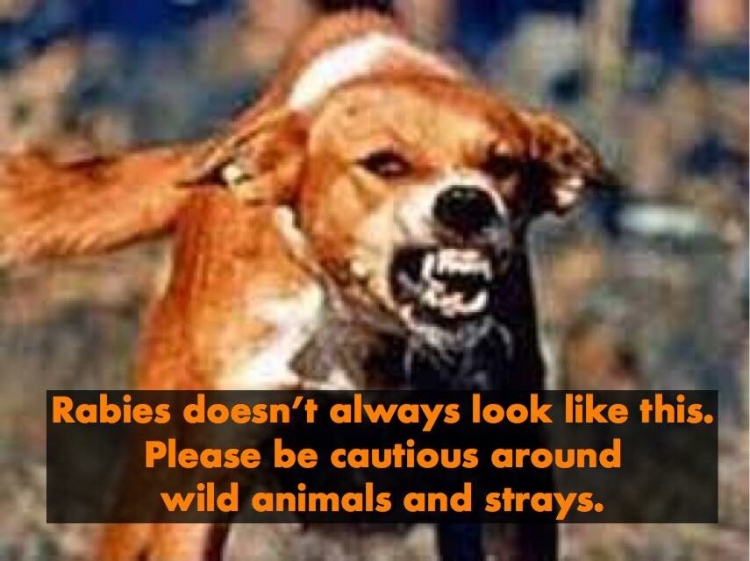 I specialize in rescuing wild animals that are categorized as “rabies vector species”— foxes, skunks, and raccoons. It’s been my experience that many people will either enormously over-react or under-react to the risk of rabies. For every person I’ve encountered who has shot a healthy animal for no reason at all, I’ve also encountered many who casually allowed their pets and children to play with a wild animal they had found, often stating that the animal “doesn’t look rabid.”

It’s certainly true that the relative risk of rabies in a healthy-looking animal is fairly low. But it’s also true that an animal can have rabies without displaying the characteristic symptoms we know from Cujo and Old Yeller. The image of a hyper-aggressive animal that is foaming at the mouth only represents one stage of rabies. A rabid animal before or after the “furious” stage will often be unusually friendly, sleepy, or slow. Later, in the end stages, it will be paralyzed and have seizures but may not appear aggressive at all. Most alarmingly, it may even appear healthy.

If you find a wild mammal that needs help, please reach out to a professional and don’t attempt to handle it yourself. And please— for the safety of both the animal and the child— don’t allow kids to treat wild animals like pets.