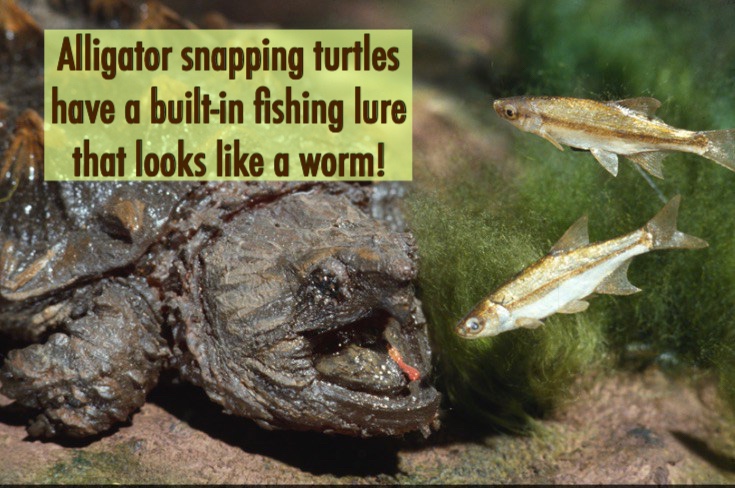 This enormous creature– not to be confused with it’s smaller cousin, the common snapping turtle– can grow up to 220 pounds and eats a diet comprised of fish, amphibians, crayfish, carrion, snakes, worms, and water birds.

The alligator snapping turtle is a native Tennessee species found primarily in the western half of the state. The species has faced serious problems over the years. Poaching, habitat loss, and pollution drove them to near extinction, but TWRA has partnered with organizations such as the Nashville Zoo and Tennessee Aquarium to help restore their populations.