“Do You Just Save Raccoons?” 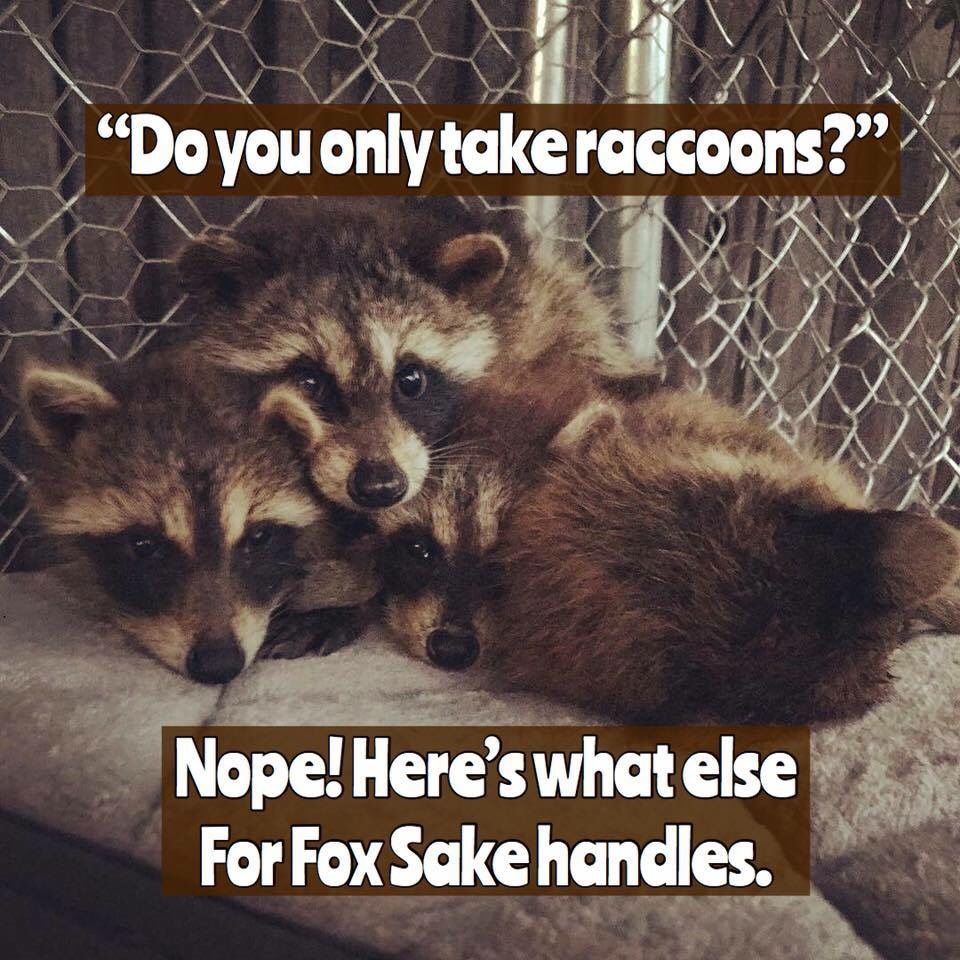 You might have noticed that most recent photos of animals at For Fox Sake are raccoons. But trash pandas are, by no means, the only kind of animal I assist!

My facility is licensed to rehabilitate Tennessee’s “rabies vector species”: raccoons, grey foxes, red foxes, striped skunks, and Eastern spotted skunks. All of these animals typically breed in spring. Although I have heard rehabilitators in other states say they are occasionally still getting orphaned skunks and foxes, I believe Hamilton County’s foxes and skunks are all nearly grown at this point, whereas many raccoons this year had second litters born in fall.

Skunks and foxes also simply aren’t as common as raccoons in areas where people are likely to notice the ones that need help. And, tragically, Eastern spotted skunks have become so rare that they are presumed extinct in this region of Tennessee.

Although legal restrictions prevent me from accepting bats or coyotes for rehabilitation, I can also do on-site field rescues for bats (such as helping one that is stuck in a net) and can transport sick and injured coyotes for humane euthanasia. I also know a network of other local rehabbers who specialize in raptors, songbirds, opossums, rabbits, deer, squirrels, and reptiles, and can help you get in touch with a person who can assist your specific needs.